On Wednesday night, I had the pleasure of attending the Boston Magazine TASTE event held at Fan Pier. There were over 40 restaurants from around Boston serving up a wide array of small plates. Fan Pier is the site of the new LouisBoston clothing store, which I have read a lot about in recent weeks. The event space, on the 13th floor on ONE Marina Park Drive, looked like it had yet to be finished. But the views were what grabbed your attention: the building overlooks the water on one side and downtown Boston on the other. In between bites it was nice to be able to bring your drink over to a table by the windows and take it all in.

There was a lot to take in in terms of the food as well. One of my favorites came from Russell House Tavern, which opened in Harvard Square not too long ago. Their dish was a hot smoked arctic char with Baldwin apple latkes, caraway & buttermilk creme fraiche and Verrill Farm micro greens. Turn anything into a latke and I will probably like it.

Chef Paul also of Asana had a savory dish as well, braised short ribs with a creamy butternut squash puree topped with micro greens. The puree was extremely rich and could been served as a soup or as part of a dessert, as squash can so easily be either sweet or savory. 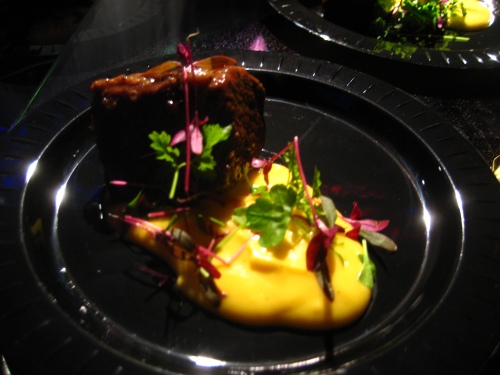 Chef Tiffani Faison, whom many of you might recognize from Top Chef, was there representing Rocca.

I absolutely love ricotta and was smitten with the grilled bread with olive oil, concord grape jelly, and homemade ricotta sprinkled with sea salt that chef Tiffani made. 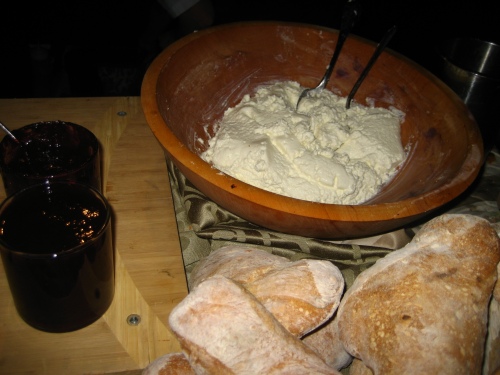 Dozens more restaurants were in attendance. Below is a sampling of some of the other offerings:

Vietnamese coffee and chocolate tart from Market by Jean-Georges in the W Hotel. 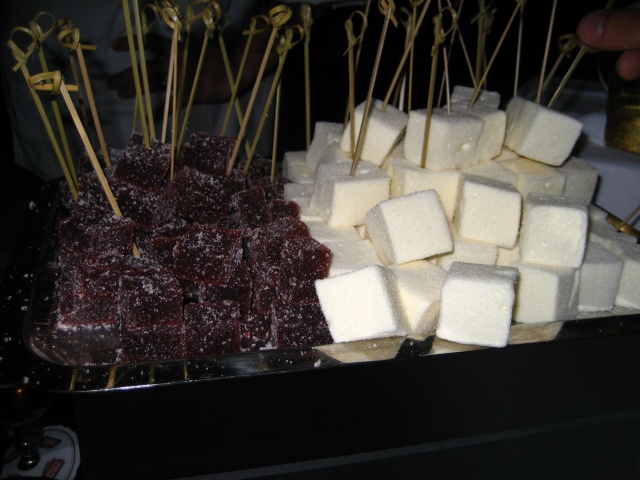 Strawberry gelee and passionfruit marshmallows, also from Market by Jean-Georges. 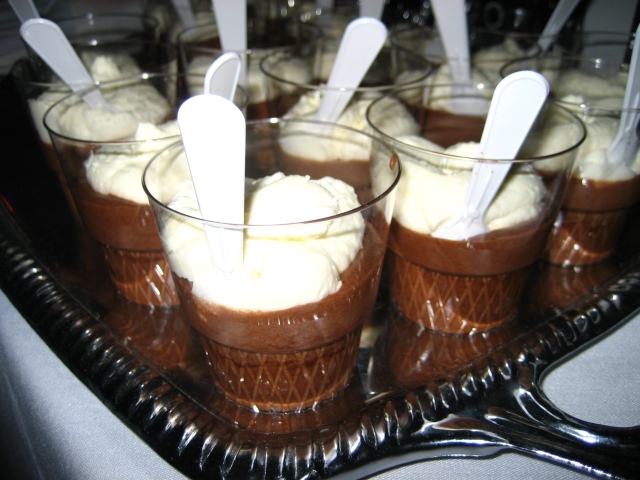 Bufala mozzarella with mangalista prosciutto finished in a concord grape sciroppo from Sorellina.

Duck confit and apple terrine on brioche with foie gras mousse and fennel pollen from Bistro 5. 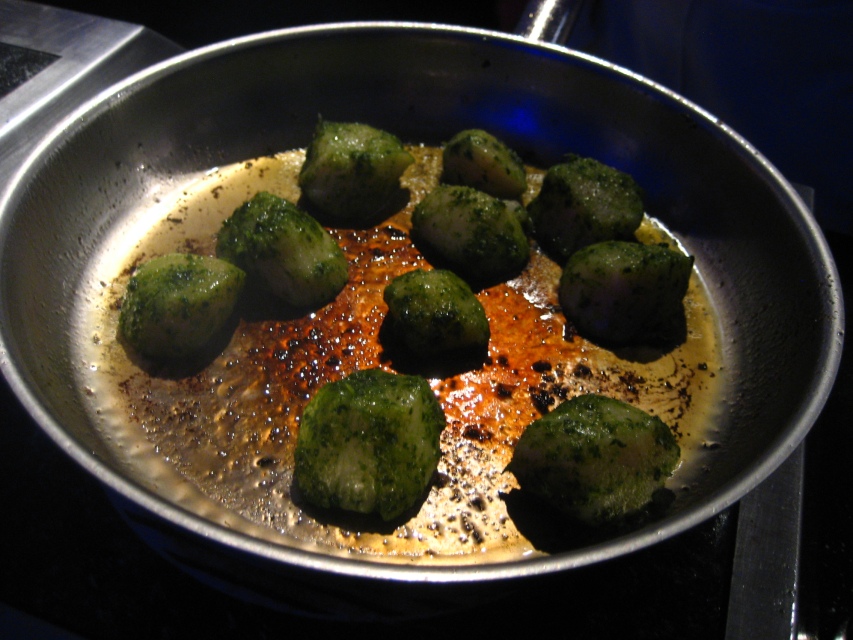 Chermoula-seared scallops with bacon vinaigrette and parsley from Pairings.

Many thanks to Boston Magazine for putting on an excellent event and providing a taste of so many top-notch Boston restaurants.