I had the morning and afternoon on Saturday to see more of DC and I spent it by visiting multiple foodie destinations. First up was Eastern Market. They were all shocked, as was I, that I had never been before. The market is both indoors and outdoors, with the year-round indoor vendors selling things like breads, cheese, meat as well as a stall that sold breakfast dishes. The outdoor vendors sold produce, honey, candied nuts as well as non-edibles like soaps, jewelry and crafts.

The outdoor part of the market reminded me of a much smaller version of the Jean-Talon Market in Montreal. Friendly vendors offered up samples of the various types of produce they were selling. After some browsing, we made our way over to 8th Street, a lively stretch of shops and cafes with several brunch options. I swear you could smell eggs and coffee as you turn on to it. Becky recommended Ted’s Bulletin, a charming restaurant with classic American fare-burgers, shakes and hearty brunch dishes like biscuits and gravy and grits.

The front of the restaurant holds a lunch counter and the bakery case, with booths and tables in the back. The bakery continues the theme of classic American with homemade versions of treats like twinkies, sno balls, and pop tarts. With close to an hour wait for brunch, Rachel and I decided to avail ourselves of the bakery options. She ordered a brown sugar pop tart and I opted for a pecan sticky bun. Clearly this was a poor choice on my part. After one bite of Rachel’s pop tart, I marched right back to the counter and ordered one for myself.

In two words, the pop tarts were flaky and gooey. They were still warm from the oven and very soft. The crust was buttery and rich, filled with a gooey brown sugar mixture and covered in a sticky brown sugar glaze. Very messy to eat but it is best to just forget your inhibitions and dive right in.

After Ted’s, Whitney met up with us and Rachel took us around the corner to Hill’s Kitchen, a fun kitchen supply shop that would keep any foodie entertained. Whitney and I got on a bus over to Georgetown. I hadn’t been to Georgetown since a family visit when I was 10, so I was excited to see it again. 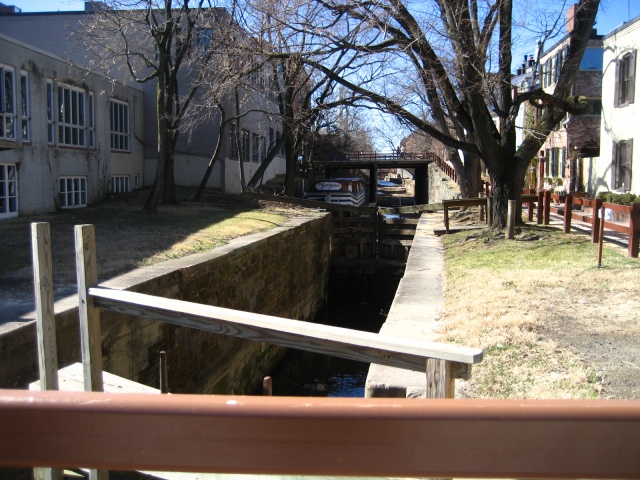 Georgetown’s main drag, as it turns out, is quite the shopper’s heaven. Shopping is far from my favorite activity, but luckily Georgetown is very pleasant to explore, with charming old buildings and historical sites. I also had a certain mission: cupcakes. 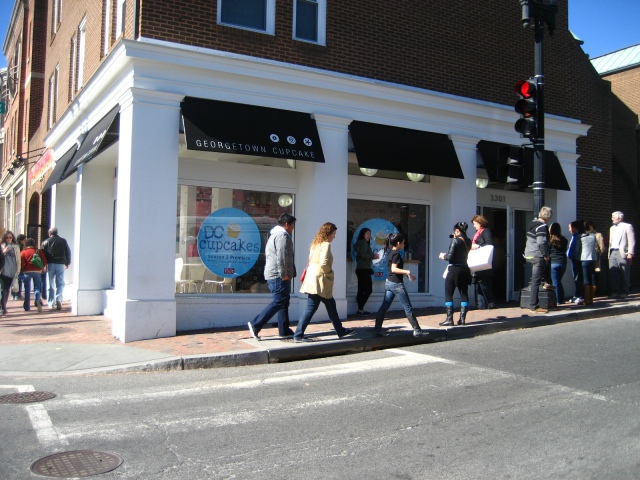 If any of you are familiar with the TLC reality show DC Cupcakes, you’ll know that the show takes place at the posh and touristy Georgetown Cupcake. I had done a fair amount of research prior to my trip, and learned from both friends and reviews that Baked and Wired, another cupcake shop just a few blocks away, was far superior. Still, I was curious to check Georgetown Cupcake. Ideally, I would have loved to do a comparison, but upon seeing the line that stretched halfway down the block, I decided to just go to the place that was recommended . 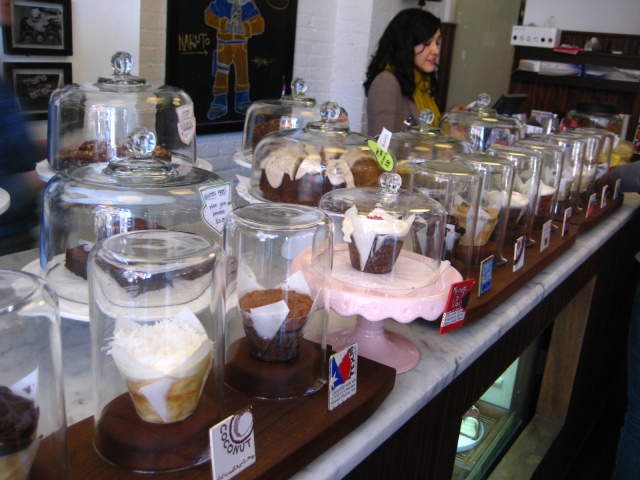 Baked and Wired is located a block off busy M Street, and had a much more relaxed vibe than Georgetown cupcake. The cupcakes are each displayed in glass jars on the counter. You tell the employee which you would like, and they get it from a tray off to the side.

I was so happy I decided to just try Baked & Wired. The cupcake was delicious. The chocolate cake perfectly moist and fluffy and the thick and creamy maple buttercream paired beautifully with the chocolate. The gentleman behind the counter was exactly right when he told me the maple was subtle and not overpowering. I wish I could have tried ten more flavors, but, as with any foodie city, so much food, so little time. Till next time DC!

This entry was posted in Reviews, Travels and tagged Washington DC. Bookmark the permalink.