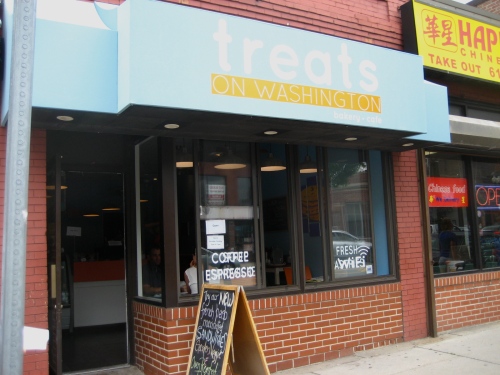 Over the weekend I found myself in the Brookline area and decided to hop on over to Brighton to check out a bakery that’s been on my go-to list for a few weeks now. Treats on Washington opened a little under two months ago in Brighton Center. It is pretty much my ideal spot, serving dozens of housemade baked goods and pastries, along with a few excellent-looking savory items. 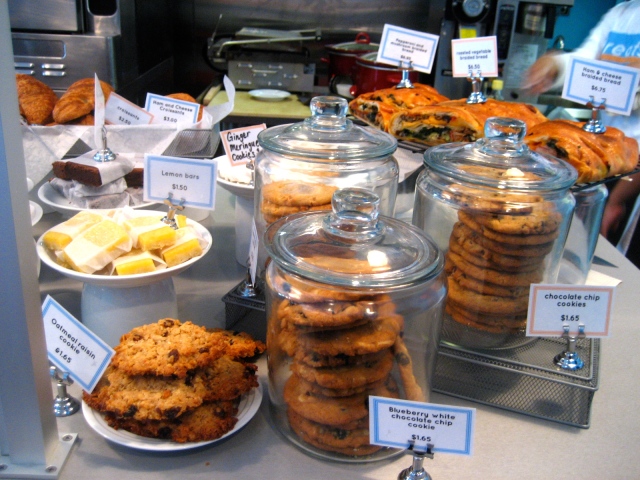 I met Dana, one of the co-owners, who gave me a full introduction to the bakery’s offerings. I’d love to try the salads and sandwiches sometime soon, but on this inaugural visit, the sweets held top priority. Once inside, there is a small refrigerated case in front with the lunch items and a few pastries. On top sit a few cakes sold by the slice. 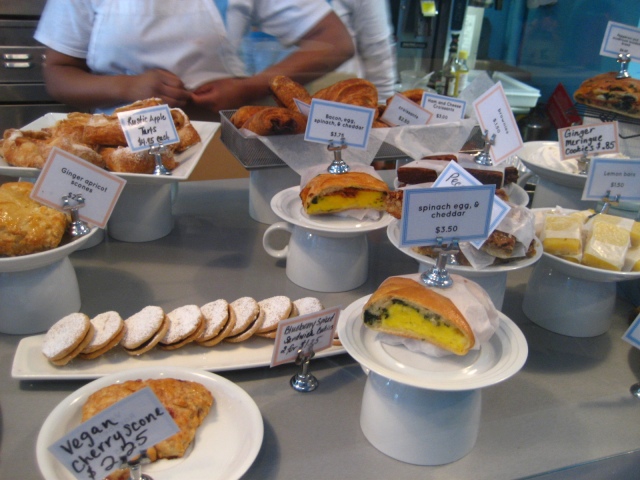 Round the corner and you’ll find a longer counter completely covered in a beautiful assortment of baked goods: cookies, lemon bars, brownies, scones, tarts and more. 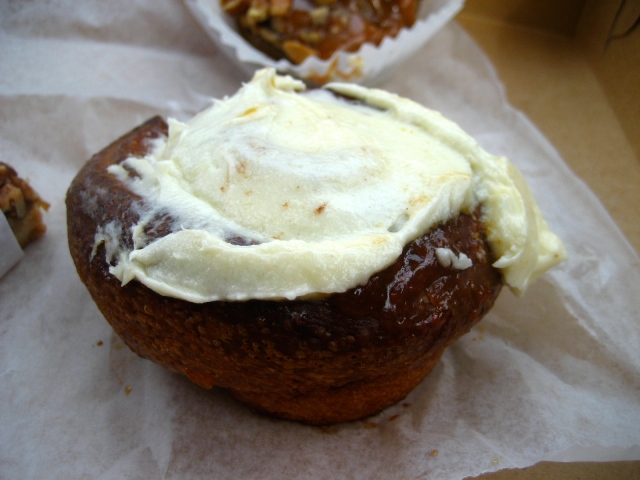 My first selection was the cinnamon bun with cream cheese frosting. As I’ve stated many times before, I am sucker for anything with cream cheese frosting. The bun was noteworthy even without the frosting. The outside was a deep golden brown. It was sturdy and toothsome yet still managed to be moist and tender. I believe it was kept moist by what looked like a light coating of a glaze made of apricot jam. The interior was much softer and doughier and lightly coated in a cinnamon mixture. The frosting was minimally sweetened and allowed the flavor of the cinnamon bun to take center stage. 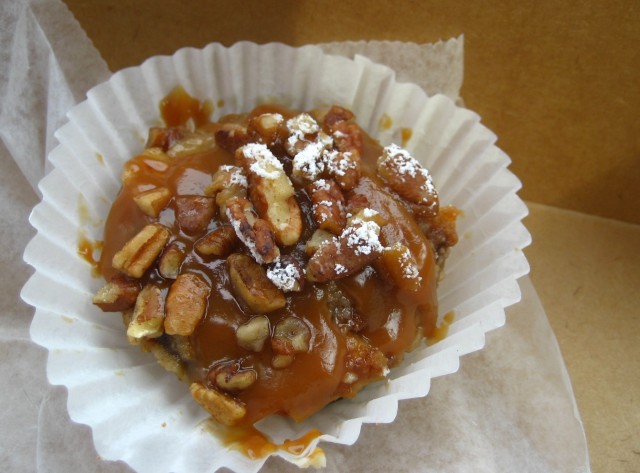 Next up was the pecan toffee bread pudding. It was a neat little round of very moist and eggy bread pudding studded with pecans. The top was drizzled with a wonderful toffee sauce and topped with chopped pecans. The pudding alone was delicious but the toffee sauce really made this dessert. It was thick and smooth and added the perfect sweetness to the eggy pudding. 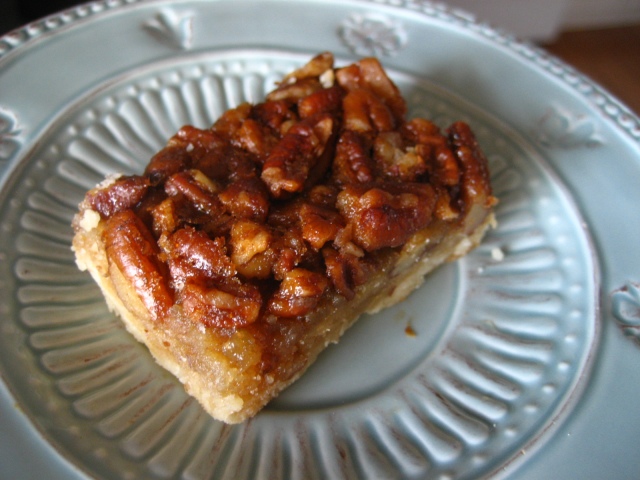 My final pick was the pecan bar- a sweet and sticky mass of chopped pecans set atop a cakey shortbread crust. Perfect if you are looking for a smaller treat. I loved that the pecans were not drowning in a sugary custard mixture, but rather, were just complemented with a touch of sweetness and moisture. I expected the crust to be like a dense shortbread, but it’s soft, cakey texture was a nice surprise and paired nicely with the crunchy pecans.

Dana was a delight to talk to and was enthusiastic about all that they offer at Treats. Everything is baked fresh daily by she and co-owner Jessica. Though I can count on two hands the number of times I have been to Brighton, that number will be increasing sharply in the near future.

This entry was posted in Boston, Reviews and tagged bakeries, Boston, dessert, Reviews. Bookmark the permalink.

13 Responses to Treats on Washington