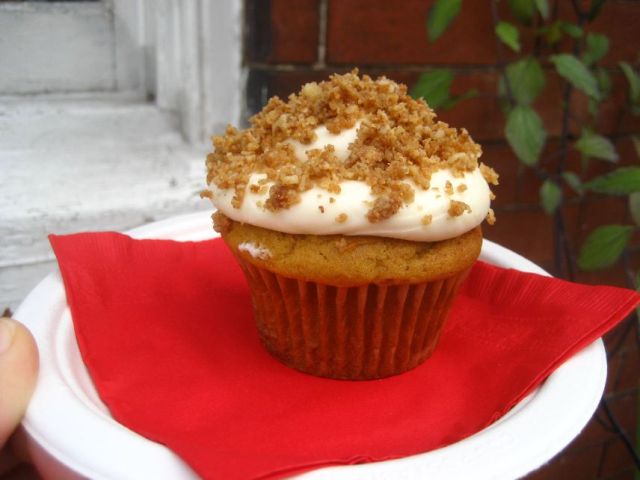 Final DC post. I’d been to DC several times prior to this visit, so this time around, I was determined to go beyond what I’d already seen. After some research I decided on Old Town Alexandria, VA, which seemed like a charming little town, with the added benefit of several bakeries. 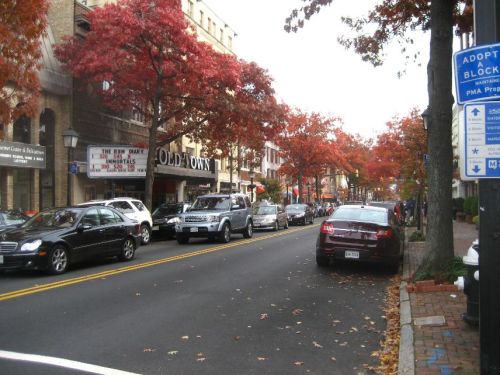 Another plus is that Old Town is accessible via public transportation. Rachel, Sarah and I took the Metro to the King Street stop. King Street is Old Town’s main drag and it extends just over a mile east until it hits the waterfront. You have to walk close to a half-mile before you get to the main business district, but it is a serene walk down brick-lined streets, and we had the added perk of brightly-colored foliage that day. 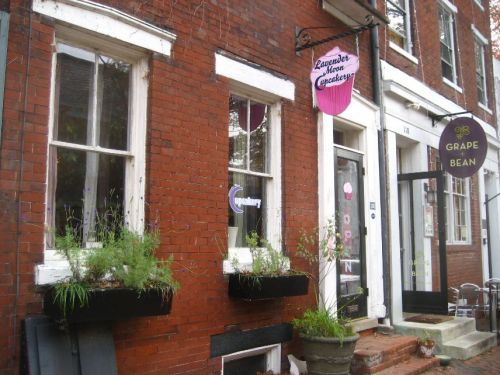 For a small town, Old Town alone boasts several cupcake options. After extensive research though, one stood out from the crowd, Lavender Moon Cupcakery. The shop has dim lighting and bold colors, with decor reminiscent of a vintage boutique. The front room is sparsely adorned with one small table. You pass through a doorway to the shop in the back room. The layout all around is simple-a single counter in the middle of the room with the cupcakes arranged on different colored and shaped cake stands. 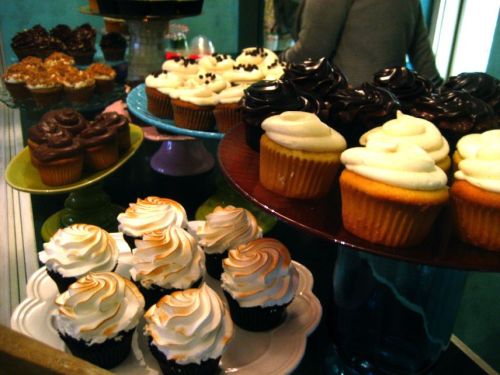 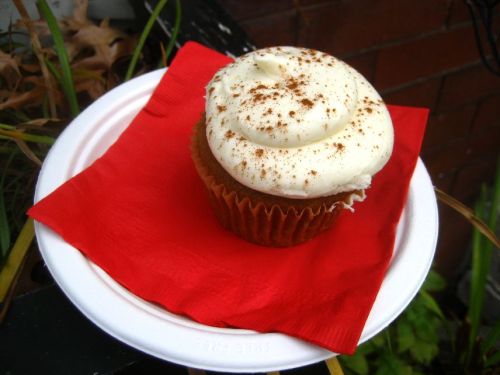 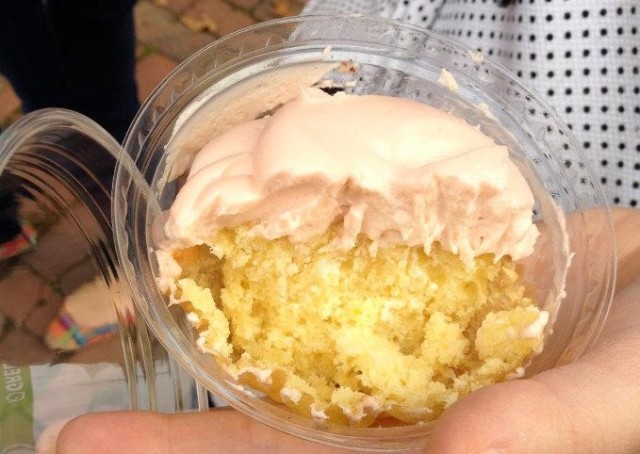 Later in the day, on our way back to the metro, I stopped in again (of course) and this time decided on the blood orange dreamsicle, an orange cupcake with blood orange cream cheese frosting. Both had a mellow orange flavor, much like a creamsicle. All of their frostings are cream cheese-based, and in this case, the cream cheese provided an added tang. It’s worth noting that both cupcakes were extremely moist. 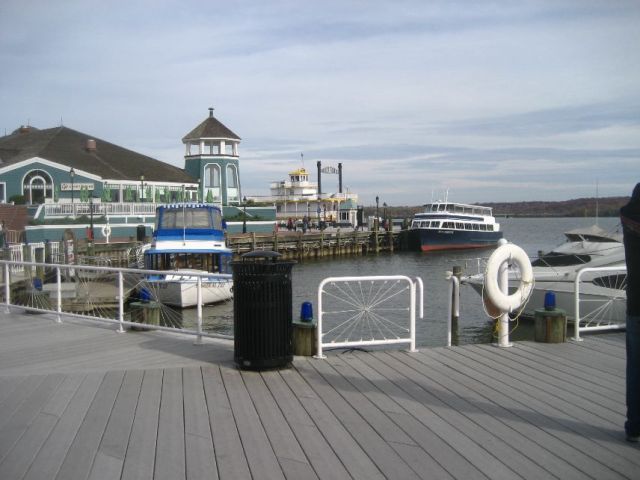 After our first round of cupcakes, we walked down to the waterfront where we enjoyed some baguette and goat cheese purchased earlier in the day at the Dupont Circle Farmers’ Market. If you find yourself in the DC area and are looking for an easy-to-get-to excursion, Old Town Alexandria is a worthy destination. 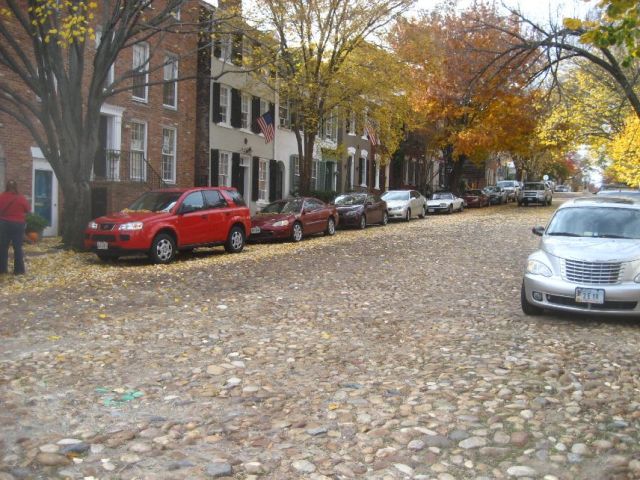 This entry was posted in Reviews, Travels and tagged Cupcakes, DC, Travels, virginia. Bookmark the permalink.