Tortaria is a new Mexican sandwich that opened just last week near Union Square in New York. It’s a casual joint with a vibrant interior modeled after a traditional Mexican roadside bodega. You order your food at the counter and seat yourself at either an individual table around the perimeter or the large communal table in the center. There is also a bar showcasing more than three dozen varieties of tequila. 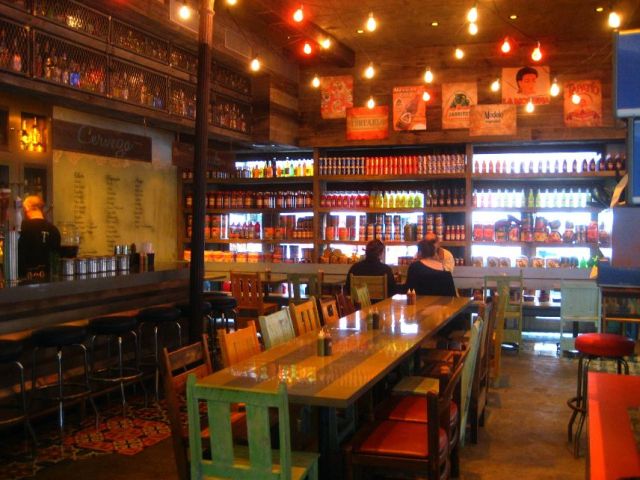 Come dinnertime the space is packed with young professionals and NYU students. If they’re initially attracted to the stylish atmosphere, they’re returning because of the good food.

I chose the Crispy Eggplant torta with panko-crusted fried eggplant cutlets, Chihuahua cheese, avocado, fresh Piloncillo tomatoes, pickled jalapeño, cilantro and chipotle BBQ sauce. This was the only vegetarian torta if you don’t count the Mexican grilled cheese. Breaded and fried eggplant isn’t usually my thing but the sandwich as a whole sounded delicious, and it was. The eggplant was tender, with just a light crispy coating of panko. The cheese and sauce added a nice creamy richness and really helped bind all the components together.

The Braised Short Ribs torta was a winner, with braised steak short ribs, spicy black beans, avocado, pickled red onion, jalapeño, and cilantro. The meat was incredibly tender and flavorful. The sweet and tangy pickled red onion was particularly outstanding and added wonderful flavor and texture to the sandwich. The tortas are served on fluffy and slightly sweet semolina rolls.

Each order of guacamole is made fresh right before your eyes at the counter. Instead of with chips, we paired the guacamole with fried plantains. This was the one item we tried that could stand to be improved, being somewhat dry and chewy rather than soft with a nice caramelized exterior. The guacamole is excellent. They prepare it simply, adding just a few ingredients and leaving several chunks of whole avocado. 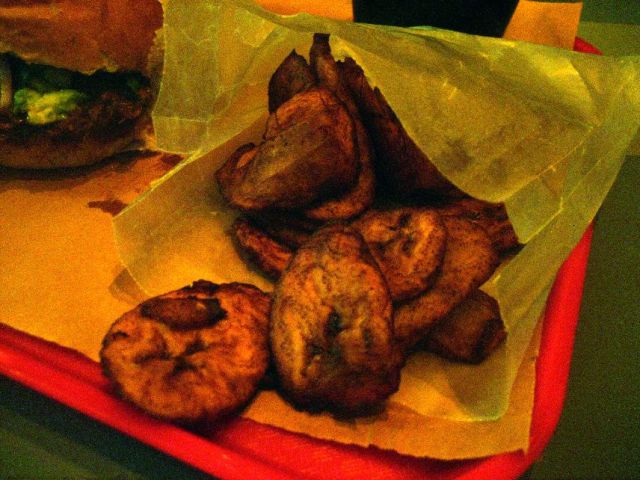 Just three days after Tortaria opened, it was already drawing crowds. If you happen to be a tequila connoisseur, that would be a whole other reason to visit. In addition the tortas, there are taquitos made on hand-pressed masa tortillas and a selection of side dishes. The restaurant is fortunate to be in prime location, but even if it weren’t, the food would be worth venturing out of your way for.