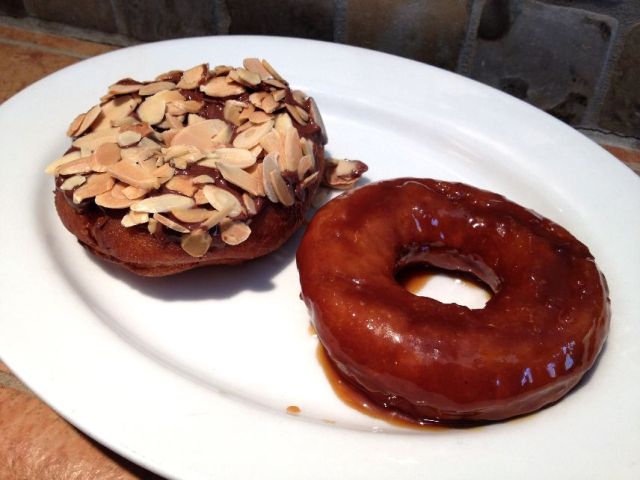 Early last week my sister alerted me to a new-to-me doughnut spot in New York called Wonder City Coffee & Donut Bar. As it turns out, Wonder City is not its own place, but the name for the morning incarnation of East Village restaurant, The Brindle Room. Apparently you have to be in the know because nothing on the outside suggests that this compact restaurant is also secretly a doughnut purveyor. 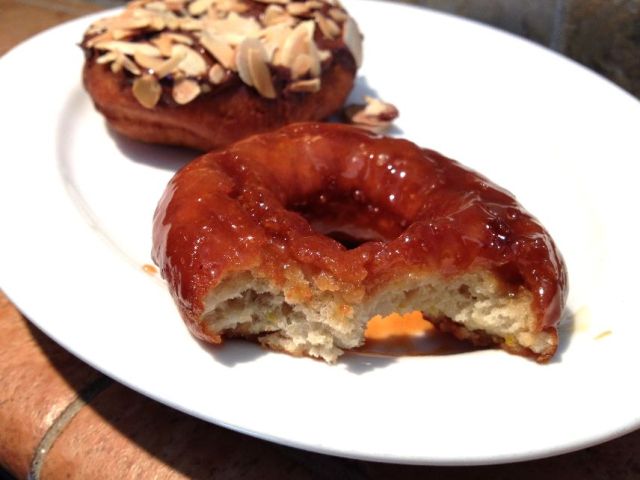 The dough is made with mashed potatoes, a method I was familiar with but had never tasted. The doughnuts come in three varieties: powdered sugar, caramel, and chocolate-hazelnut with almonds. I tried the more exciting sounding latter two. They arrived piping hot, one doused in a sticky, runny caramel sauce, the other spread with a generous layer of nutella and sliced almonds. 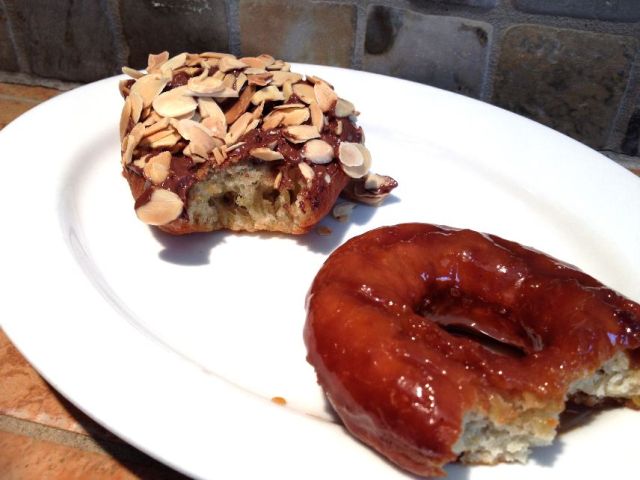 Mashed potato doughnuts are praised for their texture–a crisp outside and a light, chewy inside. The chocolate-hazelnut achieved this perfectly, the caramel less so, though I wonder if the immediate coating in sticky caramel sauce served to soften the outside. The chocolate-hazelnut variety really shone, with a wonderful mix of textures: crisp exterior and chewy interior paired with rich, smooth nutella and crunchy almonds. Though the caramel doughnut itself was a tad dense for my liking, the warm sauce was delightful. They don’t skimp on it and after the doughnut was gone, a pool of the sauce remained on the plate. If you have any reservations about licking a plate, you’d certainly want to dismiss those in this circumstance.